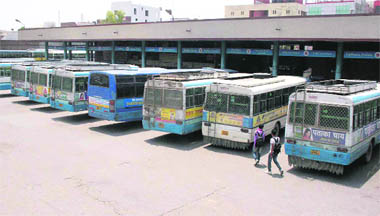 Infrastructure in the past

The city of Alwar has had a long history of being one of the most resilient Rajput principalities in regions lying to the west of the national capital. An air of dignity could be found in the way Rajput rulers controlled this city and its surrounding areas for several centuries in the past. A lot of fortifications, however, were necessary to ensure that such iron grip over the city never slipped from the Rajput clan – and in the olden days, this was tantamount to keeping numerous enemies at bay, the principal among which were the British and the Mughals. Strong and robust infrastructure had thus become a hallmark of this city ever since the halcyon days of the middle ages – when such impressive infrastructural aspects were primarily responsible for keeping the city safe from the perils of the outside world.

The advent of the British rule and its subsequent withdrawal after a period of 200 years, however, created quite a few lasting changes in the domains of Alwar. While the British were responsible for creating better roads and residential areas in the city, most which was done to give shape to their own plans of expansion in Western India, some of the cultural heritages born out of centuries of Hindu rule fell prey to prolonged lack of administrative attention.

This situation, however, changed soon afterwards, and the credit for such a change goes to the presence of a certain Sariska Tiger Reserve in the city. It was this tiger haven that drew the attention of Indian administrators towards the other aspects of Alwar, in the aftermath of the 1947 Independence. Alwar’s cause got a massive boost when it acceded unto the Indian dominion, a year after the British withdrew from India. In those days, Sariska was the prime attraction in a city, which was otherwise considered a spent force belonging to the yesteryear, with no specific place in growing India’s plans for the future.

The focus on preserving the tiger population of the country was at an all time high during the 1950s, when several steps were taken to control poaching and thwart the fast dwindling population of wild cats. Sariska was declared a Wildlife Reserve in 1955 and 23 years later was inducted into the country’s all important scheme known as ‘Project Tiger’.  This was a historic moment for the city that we now recognize as an important centre of tourism and cultural development in Western India, for not only did Sariska’s rise to fame force the nation to look anew at a long forgotten city, it also kick-started plans for development of the region surrounding Sariska and the city of Alwar for the purpose of tourism – an industry that was fast gaining its foothold on the Indian economy.

A mere glance at the population density of Alwar, before and after the 1970s, shall go a long way in proving the aforesaid theory. While the city found a new lease of life courtesy its unused tourism potential, the burgeoning Indian population saw it fit to inhabit a place that was now on the national radar.

Both these factors – population growth and recognition of the tourism factor – spurred the services and infrastructure development in the city like never before. Ancient sites of human interest were renovated and made fit for tourism, and this necessitated the creation of infrastructure, consisting of roads, transport, hotels and restaurants, to sustain the new found zeal of growth and development. Not only did the State government, with sumptuous aid from its Central counterpart, invest heavily in core infrastructure projects, it also created avenues for the private sector to invest in. Inflow of tourists created and sustained the demand for several kinds of services – and soon the city witnessed a proliferation in hotel chains, private cab operators, bus services, travel agents and real estate agencies.

Alwar later became a part of the National Capital Region (NCR) and has since then become an important seat of tourism and quality human life in the country.