Alwar is one of those immensely famous princely cities of the past which have gradually turned into bulwarks of our national heritage – acting as cogent reminders of India's glorious past had that manifested under the aegis of many a ruler from various parts of the globe. The city is presently the headquarters of the administrative division of the district of Alwar in Rajasthan and is located nearly 150 kilometres to the south of Delhi.

Places To Visit in Alwar

A city richly steeped in history, Alwar has grown into one of the most fascinating tourist destinations in the western parts of India, attracting throngs of tourists from all across the globe. An array of interesting places and tourist spots in the city has been primarily responsible for sustaining the flow of tourist population, at various times of the year. 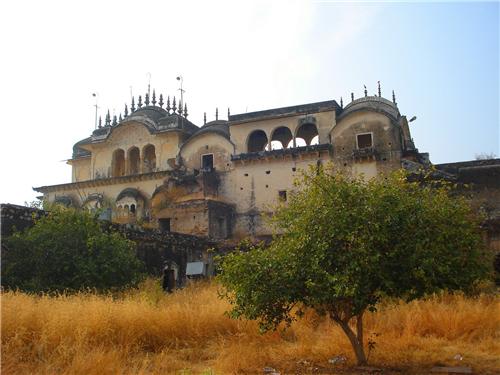 One may not be an passionate believer of ghosts and supernatural powers in the 21st century – but when an institution like the Archaeological Survey of India marks a site as being ‘haunted’ and prohibits tourists and visitors from entering its premises after sunset, then your nerves are surely going to be tickled! The reference is made to the famous Bhangarh Fort in Alwar – presently an abandoned mini-city, which used to be at its pinnacle of growth and prosperity under the reign of King Madho Singh – its creator – during the 17th century. The fort is located on the outskirts of the Sariska Tiger Reserve which rests in the Aravalli Hill Ranges. Mythical tales associated with this fort are many, and one can take full stock of all of them only by visiting this eerie spot (while the sun is shining!).

Talk about history in Alwar and you have to mention Fairy Queen – presently a train that runs to and fro Alwar and the Delhi encampment, solely for tourism purposes. This is one of the oldest functioning engines in the world – built in 1855 by a British company and subsequently handed over to Eastern Indian Railways. Fairy Queen is listed as one of the most prized cultural artefacts housed within our country.

One of the most famous Hindu temples in Alwar in the Jagannath Temple, located in the old part of the city and dedicated to Lord Vishnu. The annually celebrated festival of Rathyatra is the most iconic event for this temple, and it attracts thick crowds during this time of the year.

This is a village located near the National Highway 8, connecting Delhi and Jaipur, and is mainly famous for the Mata Mansa Devi Mandir that rests within its precincts. The temple is considered to be one of the holiest centres of Hindu worship in Rajasthan and is dedicated to Goddess Vaishnavi.

Located in Deshnoke on the outskirts of Alwar, the temple is dedicated to the holy Goddess Karni Mata and popularly known by the name ‘Temple of Rats’. The fame of this temple peculiarly rests on a gigantic population of rats, for which it has turned out to be a sacred haven – the rats number more than 20,000 and are known as ‘kabbas’. Tourists from all parts of the globe have been fascinated by the tales of these rats in the temple and have thus been irresistibly drawn towards it. 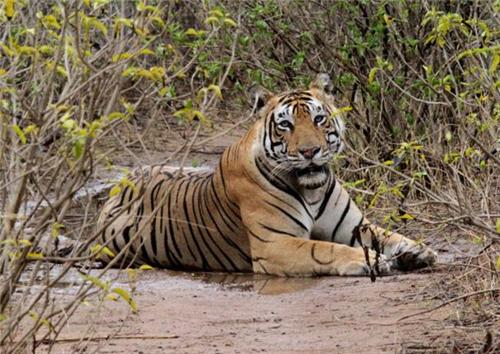 This is a tourist spot that perhaps needs no special mention in the context of Alwar – in fact, according to many observers, it is the Sariska Tiger Reserve that has been one of the major bulwarks sustaining the tourism industry in Alwar for the last few decades. Sariska first became a wildlife reserve in 1955 and was subsequently declared a tiger reserve in 1978, when India’s famed Project Tiger scheme was launched. Home to an unfathomably large number of animal and plant species, Sariska Tiger Reserve has traditionally been famous for its impressive population of Bengal Tigers which have established insurmountable authority on nearly the whole of the 866 square kilometres area of the park.

This is a place that is mythically linked with the Mahabharata by the engaging story of the Pandava Bhima slaying the demon Hidimba. The tales mention that Pandupole, on the outskirts of Sariska in Alwar, was used by Bhima as a refuge before his encounter with the demon. A 35-feet high waterfall and a holy temple dedicated to Goddess Hanumana have richly enhanced the mythical beauty of this place.

How to reach Alwar

The Delhi Airport serves as the primary source of air travel to and fro Alwar. The airport is located at a distance of 160 kilometres from the city.

The Indian Railways has a vastly spread network of railway lines criss-crossing the country – Alwar, too, is well connected to major Indian cities like Delhi, Mumbai and Jodhpur via the railways. Alwar Railway Junction serves the railway link between the city and the rest of the country.

The rapid development in the Indian economy in the last two decades has paved the way for the tourism industry to undertake and fast-track tourism development plans in various parts of the country. Alwar was one of the major beneficiaries of these expansion policies, as the city saw major road networks and highways being constructed around it, connecting it with surrounding tourist spots and other Indian metros like Jaipur, Sariska and Delhi.