Food and Culture in Alwar 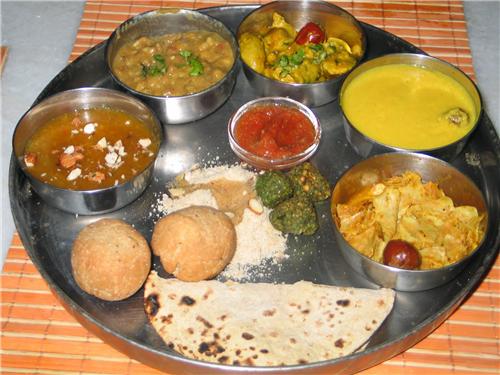 Even though Alwar, like most of the cities in the state of Rajasthan, is famous for its eclectic food and cuisine, the main reasons underlying the development of the food industry in the cities is a bit astonishing. Let us get a bird’s eye view into the cuisine that dominates cities like Alwar and most of Rajasthan.

Firstly, the type of food that we presently find in most Rajasthani cities like Alwar is actually sourced from the kind that used to support the lifestyles of the warring tribes which inhabited these regions in the yesteryears. Most of these varieties of food could withstand arid conditions, were eatable without heating and could be stocked for several days.

Secondly, the kind of ingredients available in the desert-like regions of Rajasthan strongly determined the kind of food that could be cooked and consumed.

Inspite of difficulties in procuring ingredients and storage of cooked food, the state of Rajasthan has been traditionally known for some of the best and most unique varieties of cuisines in India. Thus, even with the kitchens facing acute deficit of fresh water and green, leafy vegetables almost throughout the year, the cooks innovated their ways to produce some of the best snacks available in India – most of which are consumed as a part of staple diet across Rajasthan. Such snacks include Mirch Bada and Bikaner Bhujia.

One of the most famous food items originating in Alwar is Kalakand (a type of milk cake) – it is a sweet prepared from a concoction of cottage cheese and sweetened milk in the solidified form. Baba Thakur Das is said to be credited with the invention of this sweet, in Alwar in 1947.

Alwar belonged to the Matsya Union, prior to acceding unto the dominions of the Indian Republic after Independence in 1947, and most of the communities inhabiting the Union can be still found in the city. The city population is made up of various communities – Rajputs, Gujjars and Jats being the most famous ones.

The festival of Rakshabandhana is the most ebulliently celebrated one in Alwar – and the residents of the city have traditionally done so by flying multifarious kites. Thus, Rakshabandhana in Alwar has also come to be known as the Kite Festival.