The district of Alwar derived its name from the main urban headquarter which is the town of Alwar. There are number of speculations about the derivation of the name of this specific district according to the people who reside here. Some say that it got its name from the Salwa tribe that resided there who had named the place Salwapur which distorted later to Salwar, Halawar and finally stuck with Alwar, while some say that it acquired its name from the Aravali hills which surrounds that place. There are several such assumptions about the place but none of them is concrete enough.

The district of Alwar was said to have established as a separate Tehsil during the reign of Maharaja Rao Pratap Singh in the year 1775. He had declared it as state of his own which included some of the present regions under Alwar district, namely Rajgarh, Thanagazi, Ajabgharh, Baldeogarh, Malakhera, Alwar, Kankwari, Lachhmangarh and Ramgarh as well as certain areas around Bansur and Behror.
Maharao Raja Bakhtawar Singh, who ruled the place for almost 25 years since 1791, dedicated himself to consolidating different areas within the state of Alwar and managed to include Mandawar, Ismailpur, Kakoma, Darbarpur, Nimrana, Rutai, Mandhan and Beejawar as well.

He had also helped the British Lord Lake in breaking down the Maratha and Jat rules in different parts of Rajasthan and had even signed the First Treaty of Offensive and Defensive Alliance with the East India Company, in 1803. Alwar, thus became the first princely state to form an alliance with the British company. But during the rule of both these rulers, the administration was not consolidated and the system often went astray. The ruler had also become financially quite unstable and had to borrow money from neighboring or friendly states.

The situation in the state of Alwar was completely out of control until the throne was acceded by the next ruler- Maharao Raja Viney Singh in the year 1857. He stabilized the condition of Alwar to a great extent and was successful in creating a stable administration system. During his time, he appointed certain Muslim ministers, who were brought in from Delhi and even helped introduce the criminal as well as civil courts for trials in Alwar. Maharao Raja Viney Singh was the first ruler of this princely state who laid down the base for the modern day administrative order which we see today in Alwar.

Currently the district of Alwar is divided into 14 sub-divisions or Tehsils which are presided over by 14 sub-divisional officers. This sub-division includes Mundawar, Ramgarh, Kishan Garh Bass, Lachmangarh, Rajgarh, Tijara, Govindgarh, Nimrana, Umren, Thanagazi, Bansur, Kathumar, Bahror and Kotkasim for better administration. It is one of the largest districts of within the state of Rajasthan.

The municipal corporation was established in Alwar during the reign of Maharao Raja Viney Singh during 1850s. There is not enough information as to who presided the municipal corporation during that time but it was one of the ministers which the ruler had invited from Delhi to lend a hand in administering his state. The corporation had to do a lot of work since the state was in a mess when it was established due to the poor administration of the earlier rulers.

There are only two-divisions of the Municipality in the district of Alwar, one of which is located in the city of Alwar which is the headquarter of the municipality body and the other is the one that heads the Panchayats  of the district and is located in Kishan Garh Bass with the name Khairthal. These two municipal bodies look after the water supply, waste treatment, waste removal, developing and maintaining public amenities. The corporation at present is quite well-managed and discharges its duties quite efficiently and effectively.

When we talk of local bodies of a town or district, it usually refers to the Parliament and legislative members from the concerned place alongside important government officials. Just like other cities and district, it essential to know about the people or leaders who represent the region of Alwar to the ruling government in our country. There are around 11 legislative assembly constituencies within Alwar which include Tijara, Kishan Garh Bass, Thanagazi, Bansur, Mundawar, Behror, Rural Alwar, Kathumar, Urban Alwar, Rajgarh and Laxmangarh together and Ramgarh. The district has one Lok Sabha constituency in the name of Alwar Lok Sabha Constituency.

Each and every district India consists of a separate District court and a separate Sessions court or a single District and Sessions Court. The district of Alwar has the latter which was established in the year 1951 and is located within the City Palace Complex of Mahal Chowk Alwar. It has 13 court complexes covering almost each sub-division under the Alwar district, except for Kotkasim which is covered by its neighboring sub-division due to its small size. 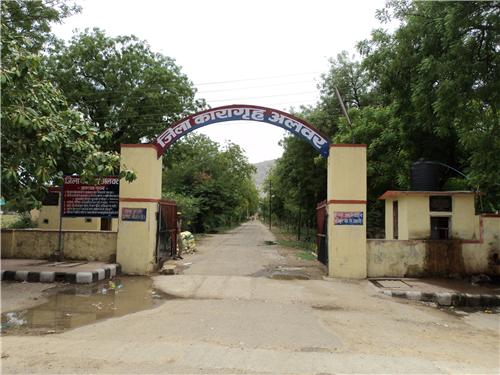 Prisons of Alwar
All the prisons across all the districts of Rajasthan are managed by the Rajasthan Prison Department. This department ensures that law and order is maintained in the state by detaining the offenders and keeping them at bay from the civilians in order to protect them. The district of Alwar also has a Central Jail that is managed by the state’s prison department.

The central jail is known as the Superintendent District Jail which falls under the category ‘A’ and there are other sub-divisions of Jails located in different parts of the district, much like every other district of Rajasthan.

The administration of the district of Alwar is currently well-managed and has taken a progressive direction unlike what is seen in its past during the reign of certain Rajput rulers. The district has faced a lot of disturbances from the administrative perspective but has emerged from all negative situations and established itself well.