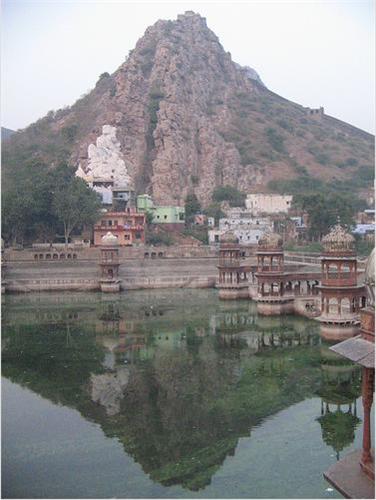 During the British reign in India, Alwar not just a city but also a princely state ruled by the valorous Rajput kings of Rajasthan – historical records testify that a number of Rajput rulers have had their say on Alwar, after Maharaja Alaghraj ascension to the throne in 1000 A.D. The city underwent the same tumult that other parts of India had to face, during the course of the Indian National Movement – it acceded unto the newly formed Indian dominions in 1947 with the declaration of India’s independence. In May 1949, Alwar became a part of a historical experiment in which some princely states of Western India were united with each other – this gave rise to the state of Rajasthan that we know at present.

There wasn’t much to talk about Alwar before it became an integral part of the National Capital Region. However, in the aftermath of the NCR integration, the city has traversed a long distance from being an inconspicuous centre of agriculture to becoming one of the fastest growing cities in the country. Inflow of tourists, boosted by the excellent historical heritage of the city, created the demand for various kinds of infrastructure – the most important among them being in the health sector.

To respond to the demands of the increasing population, the administration came up with the plan of ramping up the existing health infrastructure by adding new hospitals with state-of-the-art facilities and equipment.  Some of the best known hospitals in Alwar are mentioned below –

Agriculture and Mineral Resources in Alwar

Alwar was a self-sustaining agricultural city in Rajasthan, before the state government found in it an excellent tourist hub. The city occupies nearly 3% of the total area of the state of Rajasthan and has a net cultivated area of nearly 6,00,000 hectares.

Besides being an exotic tourist destination visited by all kinds of tourists from across the world, the city of Alwar is also a paradise for connoisseurs of good food and cuisine. The transport facilities available in the city are excellent and one shall seldom find travellers who have wandered into the precincts of Alwar, complaining about anything here! So, why don’t you try it out once?